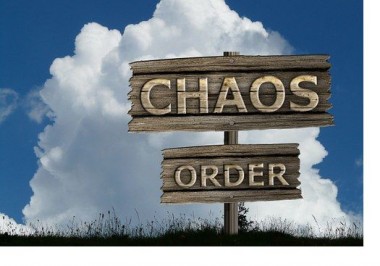 The natural visible expression linking energy and entropy in biological life is ageing. The chemical energy contribution introduced by food is accompanied by a conversion loss related to the metabolic work done, which is expressed as an increase in the global entropy of the biological system.

Clearly the only term that can introduce a negative Delta-S is the chemical energy contribution from the food chain, in accordance with thermodynamic and homeostatic principles. It is equally evident that global Delta-S is always positive and grows over time as a result of the effect of ageing ( or of an irreversible pathological process ), which will culminate in the impossibility of maintaining the homeostatic processes and consequently in the cessation of life.

In order to express the above in strictly biological terms it is necessary to enter the domain of cell pathology, in particular mitochondrial pathology.

It is common knowledge that the cell, the fundamental unit of living organisms, performs different kinds of work, and thus consumes energy in order to live. Its typical tasks are related to the movement and transport of ions and simple substances against concentration gradients, the generation of electrical potentials, molecular synthesis. Thermodynamically speaking, the cell is an open system, as it is constantly exchanging matter with the surrounding environment. Although the concentration and spatial layout of the constituents are apparently constant, we are actually dealing with a dynamic equilibrium, characterized by the constant breakdown and parallel synthesis of molecules.

The cell has the property of being able to evolve towards more complex forms of organization, that is, the property of differentiation. During differentiation, the system passes from a more probable to a less probable state, that is, the entropy decreases at the expense of energy. In a word, the cells, and consequently the tissues and the organisms, maintain their chemical and structural homeostasis and differentiate insofar as they consume energy.

It is thus clear that "compatible" energy plays a central role not only in maintaining life but also ensures that the regenerative processes take place correctly. This is a central aspect of the proposed therapy, as will be clarified in the following.