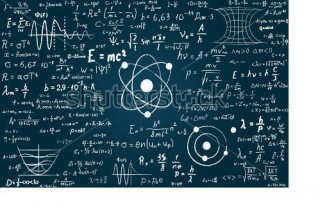 As we saw in the introduction, the bioengineering and biophysical treatment of disease legitimates the theoretical models developed (and the equations defining them) only if it succeeds in passing suitable experimental verifications that can validate the proposed theoretical systems as extensively and profoundly as possible. This process implies the devising of a suitable verification test that is as selective and univocal as possible in interpreting the experimental result as the consequence of a precise causal link with the stated principle. The test actually used could not be referred to a generic pathology but had to be related to an event of which the energy/entropy aspects were clearly determined as regards both its etiology and any reparative processes. A first selection grid was formulated by applying the following criteria:.

a) Event treated no longer responds to even temporary spontaneous normalization or improvement (irreversibility ).

c) Possibility of clearly observing the event and its variations, of univocally expressing the concept of improvement or restoring of homeostasis, including the variation observed using traditional methods, also from the thermodynamic point of view.

Condition a) was satisfied by choosing for treatment an abnormal dystrophic scar resulting from an appendectomy performed under peritonitis conditions in 1944. The most important factor in the formation of this scar was the surgical technique used at the time which did not involve suturing but rather daily cleaning of the wound by inserting gauze inside it. Condition b) was satisfied by the advanced age of the subject. Condition c) was satisfied by the visibility of the event, which allowed an accurate film document to be made.

Thermodynamically speaking, the repair process ( dystrophic scar ) instead of being regenerative (restitutio ad integrum ) very clearly expresses the concept of "disorder" related to entropy, as well as of saturation of the functional reserve, which was unable to ensure a normal reconstitution of the damaged tissues. The great length of time elapsing between the formation of the scar and the treatment (over 40 years) leaves no doubt as the definitive stabilization of the reparative/regenerative event. The result was as predicted by the theory. Even after so many years, the introduction of a negative variation in entropy led to the almost total replacement of the scar tissue with normal tissue (about 90% ), meaning by this the complete regeneration of connective tissue, epithelium, sweat glands, vascularization, etc. The result was subsequently accepted, validated and presented as a publication submitted to the V World Congress of the International Society of Dermatology.

Confirmation was obtained from the treatment of third degree burns (16 years previously), and various scar forms due to surgical operations or injuries.

Results have constantly been favourable, as gauged by the disappearance or replacement of the scar by normal tissue, with indexes of regeneration ranging from 70 to 100% of the original scar area. Several months after treatment, piliferous activity was observed in the tissue replacing the scar. The high degree of structural reorganization required to achieve this kind of result renders evident and visible the concept of "order" and favourable variation of the biological entropy artificially introduced by the proposed system and fully confirms the theoretical treatment given in the beginning, the causal link with the therapy, the close links between homeostasis and the availability of energy, the possibility of reorganizing biological systems even after many years have passed simply by acting on the bioenergy variable.