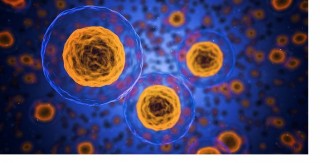 Entropy may be defined as the measure of a system’s disorder. It is in some way linked to heat via thermal agitation and, in biological systems, to structural/functional disorganization (expression of a state of disorder) or loss of homeostasis, a concept which itself implies the maintenance of order at the expense of energy. The second law of thermodynamics states that:

The entropy (disorder) of the universe is constantly increasing

In its simplicity, this law conceals an extraordinary importance and implications which enable us to make the following prediction:

In practice this means that a close relationship exists between the degree of disorder (entropy) of a system and its capacity to supply energy or do work. This concept may be generalized as follows:

A system whose entropy is decreased by the addition of energy increases the entropy in some other part of the universe.

Clearly, then, in order to neutralize the positive variation of entropy associated with the pathological event, it is necessary to create a form of energy that is compatible enough to be used by the cell’s biogenetic system is a way similar to that produced inside it. This is without doubt the most complex aspect, as these are not "static" forms of energy, but extraordinarily complex functional variations which justify the need to use extremely sophisticated theoretical models and engineering technologies and architectures. Starting from functional models, I have developed a family of specialized items of equipment capable of generating electromagnetic fields in the NIR ( non ionizing radiation ) range that can selectively excite cell systems of therapeutic interest. This selective excitation is designed to "query" the target biological system. The data resulting from the query are analysed by the expert system (artificial intelligence that dynamically processes concepts and rules rather than rigid formulas) that provides for the synthesis (digital construction via quantization) of the energy to be supplied at that particular instant. When transferred by means of special actuators in the form of electromagnetic fields, whose information content is such as to be able to introduce the negative delta-s required to ensure an effective therapeutic principle. It is thus clear that the electromagnetic field itself has no therapeutic properties. It is used simply "to tune into" the cell group involved, while the therapeutic properties are expressed by the information transmitted by the field. This information is suitably and iteratively processed in real time, in response to the preliminary query, by the expert system which is in full control of the treatment.

The concept of entropy/energy/information can be made clearer by means of an example. When we emit a sound, we are using energy to produce a movement of the air that can be used to reach the person we wish to communicate with. The air in this case is like the electromagnetic field used by the system. It allows the sounds to be transmitted, but has no direct influence on the information that they contain. Only the sound can go to make up a clear and understandable message for our imaginary hearer, who will certainly not be able to decode meaningless guttural sounds or unknown languages. If we wish to instruct the hearer to take some specific action, for instance, to switch on the light, the information we give must be clear and comprehensible. That is, the criteria we use to express the information used in the request must be compatible with those used by the receiver. Any message that does not have these characteristics, even though it reaches the ear of our hearer, will not produce any "useful" work because it lacks the information required to perform it.

This example clearly shows why it is not possible to use just any form of energy associated with random or constant information in order to produce the desired therapeutic effect. The query makes this two-way communication possible and the structure of the therapeutic electromagnetic fields to be synthesized correctly.